Can you really do London in 48 hours?? Yes, you can! Obviously, you can’t do everything. But you can actually hit most of the major highlights even if you only have 2 days or a weekend.

London is the absolute best stopover city! If you are flying British Airways from the U.S. then you can fly directly to Heathrow and then a day or two later, continue on to your final destination.

We did this twice and it’s very cost effective! It all counts as one flight. When we went to Madrid and Barcelona, we added London as a stopover. Then a few months later when we went to Normandy and Paris, we flew to London and then took the Eurostar high speed train to France.

These photos were compiled over two different trips to London, but if you plan you can see most of these in two days! Both times we were there for only 48 hours and even took a day trip to Highclere Castle.

This post contains affiliate links. I may make a commission if you book anything through TripAdvisor after clicking my links. This allows me to keep making posts for you to enjoy!

We flew to Heathrow on an overnight direct flight from Nashville. Most major cities offer direct flights to London. If you are not near a major city, flying to New York City first will probably be the best option if you are in the United States.

We arrived around 9am and we went straight to our hotel to drop off our luggage. Thankfully, our room was ready for us by the time we got from the airport to the hotel! After flying overnight and waking up on the other side of the world, taking a shower before you go sightseeing is the absolute best way to start your day!

I knew I wanted to stay in Notting Hill for my first time in London, and I found a boutique hotel that was exactly what I had envisioned. The Laslett is the perfect blend of modern meets Victorian London style.

We loved it so much the first time, that we stayed here again when we came back to England a few months later!

It’s around the corner from Notting Hill Gate for those that want to use the London Underground. It’s also just a few blocks of a walk to the bus stop for Big Bus Tours, which is the way we got around for a full day. It took us past all of the hot tourist spots!

A very easy and cheap way to see a lot of London quickly, is to use a hop on/hop off bus service! We purchased a one day pass from Big Bus Tours and used it on our second day to see as much as we could.

It was so worth it! It’s so much easier than trying to navigate the tubes (trains) to get to each tourist destination. You can get on and off anywhere and anytime, AND it hits all of the highlights! We even had a River Thames Cruise included in our ticket price, which turned out to be one of my favorite experiences we had in London.

I loved Notting Hill more than I imagined that I would. It’s so charming with it’s picturesque pastel buildings and quaint antique shops.

Portobello Road is a vein of life running through the borough and beyond with it’s world famous farmer’s market and second hand shops. If you visit on a Saturday, you will witness the market in full swing. Here’s a rough schedule and more info!

I’m also a big fan of the movie Notting Hill. If I’m being totally honest, that’s the main reason I wanted to stay at a hotel in this area. But I quickly fell in love with Notting Hill for many other reasons than just that!

Being such a fan of the film, you can imagine how much fun it was for me to find this neon sign in the pub we chose for lunch. If you’ve ever seen the 1999 romantic comedy, the famous quote toward the end is when Julia Robert’s character says to Hugh Grant’s character “I’m just a girl standing in front of a boy, asking him to love her.”

So, it was easy for me to spot this nod to the movie in the Notting Hill neighborhood pub, The Prince Albert. And I loved it.

It was my first London pub experience and it was everything I hoped it would be! And after this, I pretty much ordered Aspall hard cider everywhere.

The Laslett Hotel where we stayed is just a couple of blocks away from Kensington Gardens and we walked here as often as we could.

There are dozens of paths for walkers, runners, and even bikers. I helped fight off my jet lag by waking up the next morning after our arrival and going for a quick run to get my blood flowing after such a long flight.

It was one of my favorite experiences of the trip because it made me feel more like a local and less like a tourist, and that’s how I love to explore new places.

Although London is massive, there are many pockets of the city that are very concentrated with famous sites and monuments. That means that you can see a lot of stuff in a very short time!

Hyde Park is just across The Serpentine lake from Kensington Gardens and Hyde Park Speaker’s Corner is just across from the Marble Arch. On the other side of the park is The Albert Memorial and Royal Albert Hall across the street.

Just remember these two parks put together are enormous, you could easily spend a half day or longer exploring this area.

We got off our Big Bus tour at The National Gallery kind of on accident, and I’m beyond grateful that we stumbled upon it. We needed to find a public restroom, so we hopped off the bus because it seemed like a nice place, but we had no idea what we were walking into.

The entrance is a little more discreet than the exit/facade you see below that opens up to Trafalgar Square.

We quickly realized that we had walked into an exquisite art museum with over 2,300 paintings dating back to the mid-13th century. Now, as someone who studied art history as a graphic design and photography minor… I was freaking out.

I should have remembered that I had even learned about this museum in my classes, but it took a me a minute to realize where we were!

I’m a huge fan of Renaissance and Impressionist art, and The National Gallery has original paintings of Van Gogh, Monet, Degas, and even Michaelangelo. I might have actually had a few tears walking through some of those halls…

Because of the ticket price, we almost decided not to visit Westminster Abbey. It’s around $30 per person, which isn’t terrible but we were trying to watch our budget because it was the first day of a week long trip in Europe.

After we thought about it a little more, we splurged and booked a tour because of how much we love visiting churches and cathedrals.

IT WAS SO WORTH IT.

The amount of history in those walls is absolutely mind-blowing. It was an incredible experience and I highly recommend it if you are even the slightest bit interested in English history.

Not only is the architecture breathtaking, but it’s where royal weddings take place and dozens of monarchs have been born and laid to rest there, dating back to medieval times.

We did not tour the Tower of London grounds, but we did see it from our river ferry which was actually pretty awesome. We plan to go back and do a tour on our next visit!

The river cruise turned around at Tower Bridge, so it was really hard to get a good and sharp photo. But, you can’t get a straight on view of the bridge anywhere else, other than right in the middle of the Thames!

Another attraction that we just briefly walked past and didn’t go in and tour or anything. On our next trip, we’d like to add Buckingham Palace to our itinerary!

Like I said earlier, there are many pockets of the city that have attractions very close together. Just down the road from Buckingham Palace, you’ll find Leicester Square, Piccadilly, and Covent Garden.

If you enjoy farmer’s markets, Covent Garden with it’s gorgeous flowers and shops is a must. There are both upscale shops and tourist trinket shops, something for everyone! The Royal Opera House is located nearby as well.

Leicester Square, Covent Garden, and Piccadilly Circus are all right in a row close together and are a hot spot for entertainment and theatre.

Our River Thames cruise was part of our Big Bus Tours package so we decided to give it a chance and I’m so happy we did!

A river cruise wouldn’t usually be my first choice of sightseeing because I’m just not really used to doing that when I travel to cities in the United States, but I’ve learned quickly that most river cruises in Europe are wonderful and can be one of the best ways to see a city.

If you only have time to go to one pub in London, you should go here! It’s just across the Thames from St. Paul’s and the Millennium Bridge and just down the riverside path from Shakespeare’s Globe Theatre.

A tavern establishment has been at this location under various names for the last 800 years. It has, of course, been rebuilt and refurbished over time. So, enjoy a pint on the riverside and soak up some history at Anchor Bankside!

My husband and I really enjoy visiting European cathedrals. That’s just kind of what we do on trips. We find great coffee shops, bars and pubs, and gorgeous cathedrals.

Saint Paul’s Cathedral is breathtaking. On our first trip, we just missed it by a few minutes. They closed up tours just as we made it over there, so on our second visit to London we made sure that we didn’t miss it! It worked out for the best because we were with my mom and dad and they got to experience it with us!

Photography isn’t allowed inside, so you’ll just have to take my word for it! The view from the top is worth climbing up the tiny centuries old spiral staircase with 528 steps.

Time To Plan Your Trip!

It would be ideal to spend more than 48 hours in this incredible city, but you can see SO much in just two days!

I highly recommend using Big Bus Tours in addition to doing a little bit of walking as you are sightseeing. I believe that’s the best way to see so much in such a short amount of time, especially on a budget.

By getting a bus pass, you can easily hop on and off wherever you want and spend as much or as little time in each location.

Since so many things are so close together, you can hop off and see several attractions and then hop back on to the next cluster! 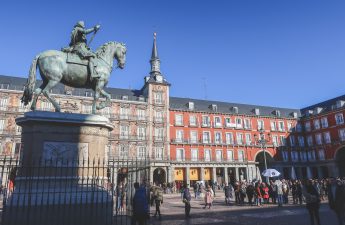 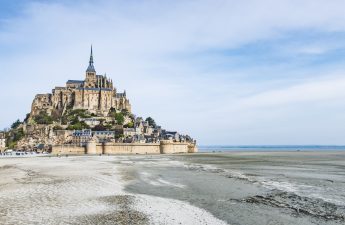 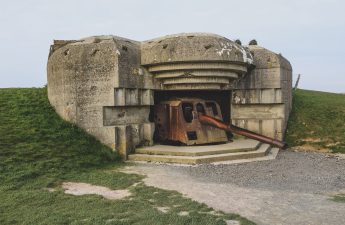 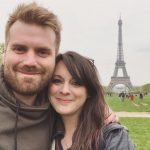 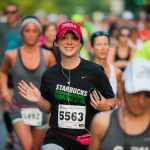 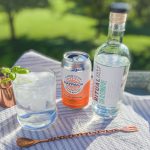 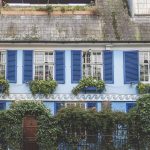 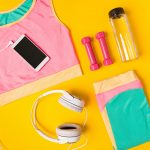 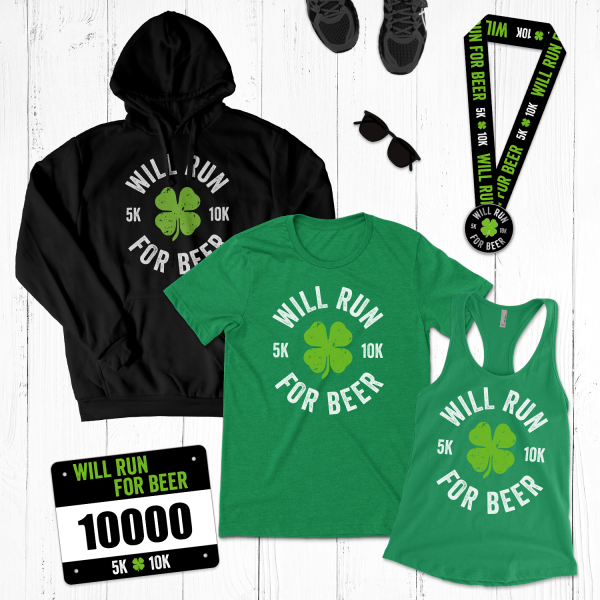 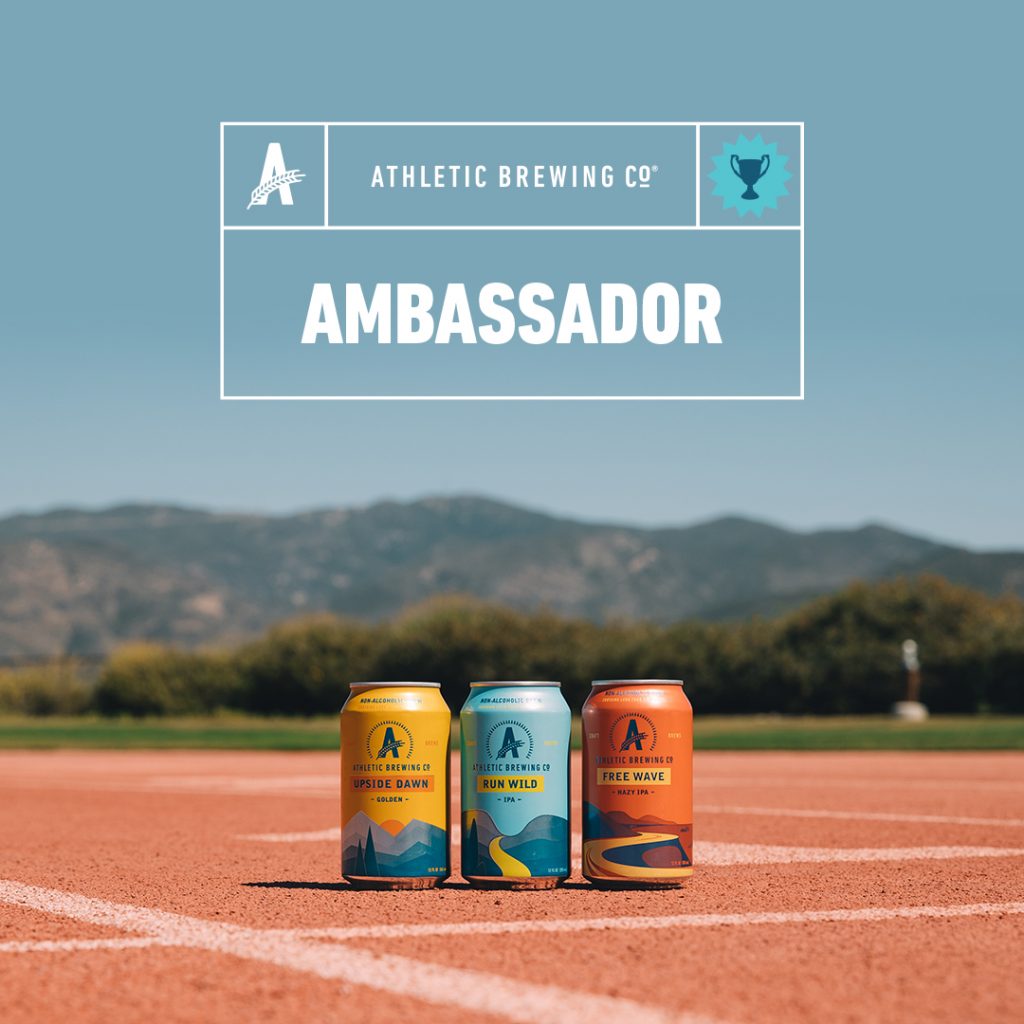 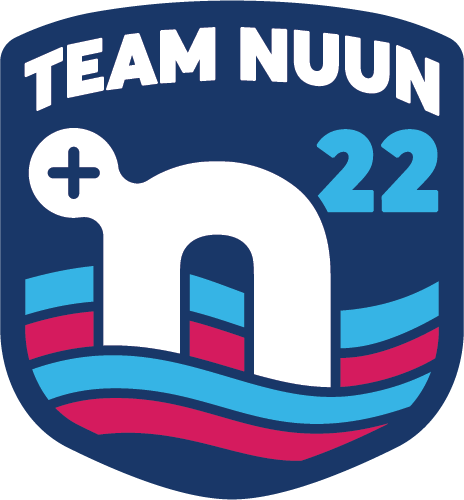 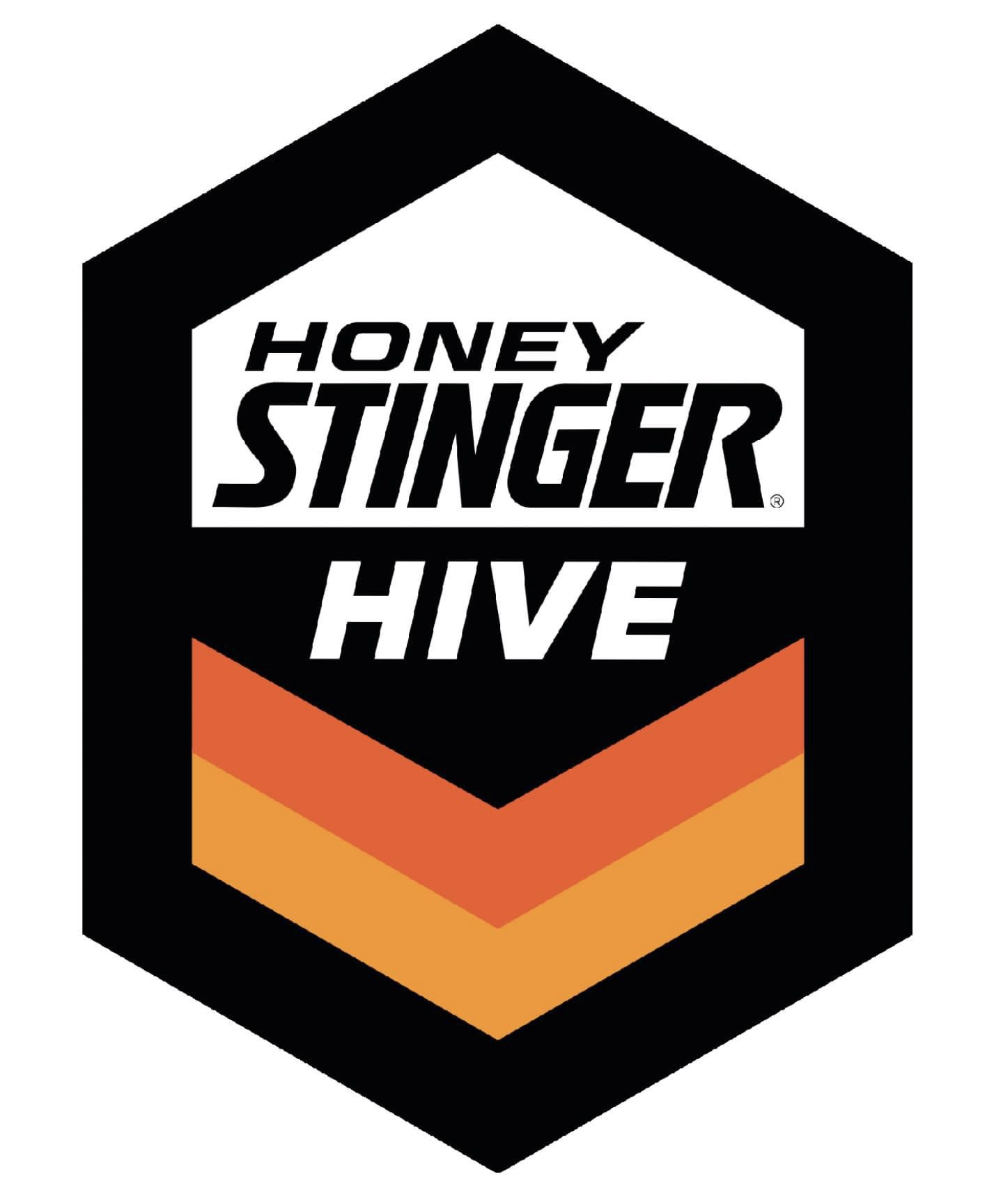 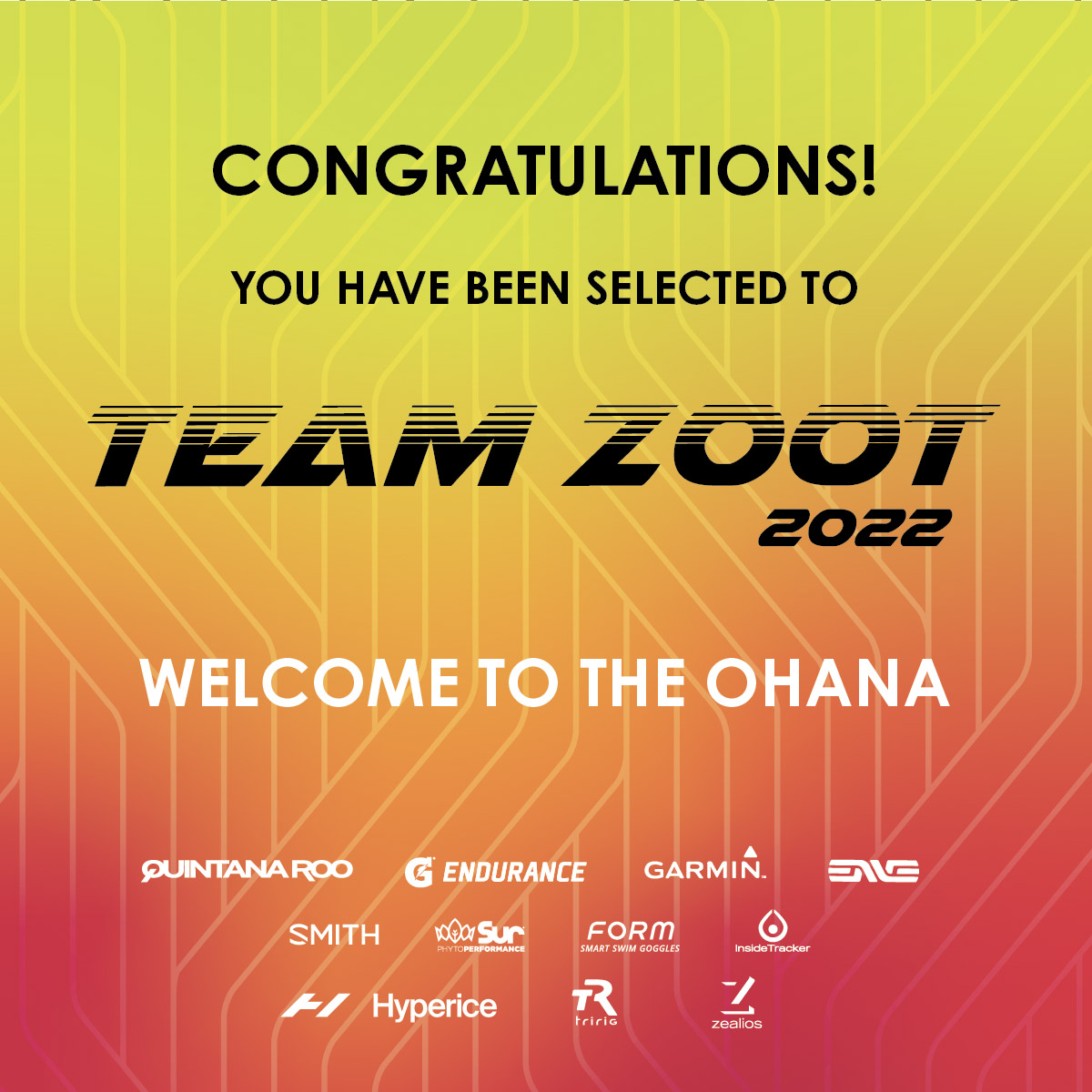 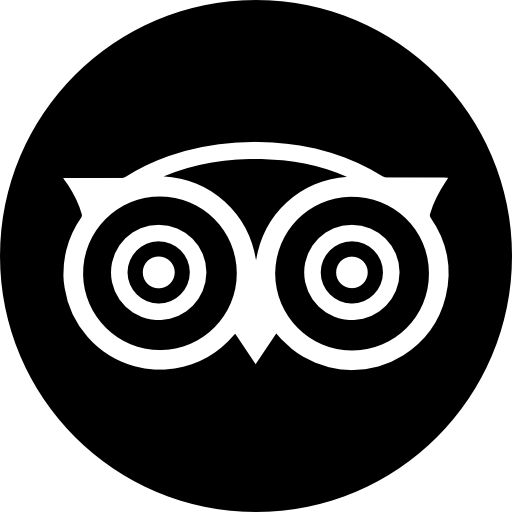 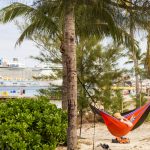 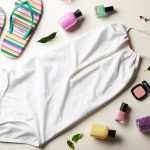 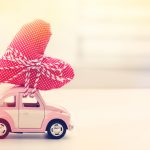